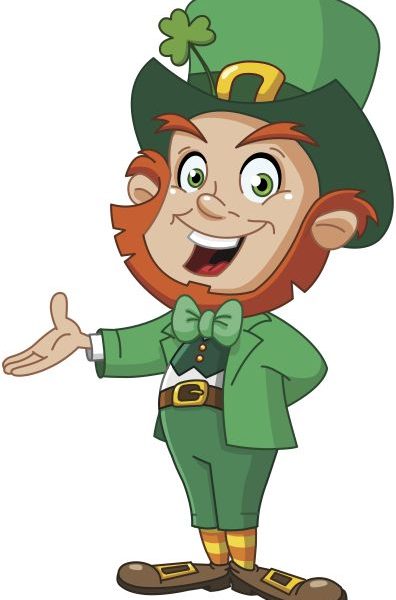 There once was a tiny green leprechaun named Mick,
Never at a loss for words, his wit was quite quick.
He wanted to have people come to a St. Paddy’s Day Party,
He wanted them to have great fun and party hardy.
He first came to town asking for Matt and Mattie.
After inviting them he next wanted to invite Pattie.
After inviting Matt, Mattie and Pattie he also invited Laddy.
After inviting Matt, Mattie, Pattie, and Laddy he finally invited their Daddy.
Leprechauns only come out to play in the month of March,
They climb high in the sky on a rainbow colored arch.
Just for good luck they throw thousands of shamrocks.
Shamrocks after Shamrocks after Shamrocks.
Here’s a wish hoping you will find your own treasure.
Have a Happy St. Paddy’s Day filled with laughter and pleasure!

“Slan” til next month,